Although it may seem natural, an armored vehicle is not because its offers advantages and risks to the driver and passengers.

Structures and devices that were intended to protect the occupants' identity in the event of an accident are updated while armoring a vehicle.

Maneuvrability is a concern for armored vehicles.

Another factor is maneuverability: in an armored truck, the weight, especially its distribution, has a significant impact on maneuverability, as between 60 and 80 percent of the weight is distributed on the windows, increasing the center of gravity and making the vehicle much more unstable. 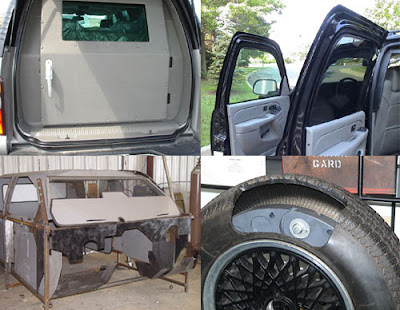 Risk reduction is one of the advantages of an armoured vehicle.

It is, however, an invaluable tool for people who are at risk of abduction or worse, as it helps minimize the risk where the individual is most insecure, the path. When purchasing an armored van, keep the following in mind:

According to the website Armored Glass, there were 17,000 deliberate murders and 1,054 abduction complaints in Mexico in 2016. According to Jose Antonio Ortega, president of the Citizen Council for Public Security and Criminal Justice, this number is extremely low, with 3,289 kidnappings recorded, 120 of which resulted in the victim's death. On the other hand, the World Health Organization estimates that 17,000 people died in road accidents during the same time span.

Under this assumption, it is impossible to execute a risk reduction strategy for one form of event, leaving another entirely unregulated because of its features, which causes less fear but has a much higher likelihood of occurring.

The following considerations should be made when weighing the advantages and disadvantages of an armored vehicle: